The General Workers’ Union (GWU) has called on the government to introduce living income and ease the process of granting work permits to third-country nationals in next week’s budget.

In its pre-budget document, the union said it believed every citizen should have a decent income that guarantees a decent life.

“If we all believe in this human principle, then as a society we have an obligation to introduce the concept of living income. In our view, Living Income is the minimum level of income required for a family or individual in Malta to lead a decent and dignified life without risk of poverty. In our view, quality of life includes not only money, but also free time to enjoy personal life and family time.

In its proposals, the union also highlighted the need to revise current employment and industrial relations legislation to respond to an ever-changing economy. Among other things, the union is proposing wage regulation orders, the abolition of all zero-hour contracts and the introduction of new legislation to name and blame employers who abuse employees.

Study sets national living income at €31,000 for families of four 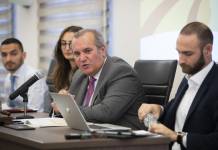 Second COLA for the most vulnerable

The GWU said it was in favor of the second cost of living allowance (COLA) mechanism for the most vulnerable.

“The cost of living is a reality that everyone witnesses and that affects everyone’s purchasing power. Indeed, the most affected are vulnerable groups in our society such as pensioners. This mechanism is intended to protect families most vulnerable to inflation,” the union said.

The GWU has proposed an overhaul of the single work permit system “that really serves permit holders”.

Pointing out that many third-country nationals have lost their right to work due to a technical error or a lack of proper documentation, the union said that “in most cases it was not the fault of the employee. Note that once the work permit has been rejected or refused, the holder must leave the island immediately. If the employee does not have the necessary funds, he will start working in the underground economy. »

She added that over the past few years, hundreds if not thousands of third-country nationals have been forced to work in the informal economy, paid less than the minimum allowed by law, deprived of basic health and security and living in humiliating and squalid conditions, and constantly abused.

The GWU has urged the government to launch a scheme applicable to all third country nationals who have entered Malta legally and become illegal to regularize their status, with the aim of eradicating abuse and precarious employment, regularizing employment, to increase the income of employees and the State.

Unions demand a meeting with the government on the COLA mechanism 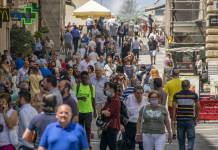 Protect workers in the gig economy

On the gig economy, the union said “there is an urgent need for new national legislation to cover and protect platform workers”.

Often seen as modern-day slavery, platform work in Malta is largely dominated by taxi and food delivery businesses, with hundreds of third-country nationals employed by companies charging up to 50% of their income. Additionally, workers pay up to €7,000 to fleet agencies to obtain a work permit in Malta.

Describing it as a “new modern slavery”, the union said that “these people cannot even be called workers because they are not covered by any contract of employment or labor laws, and this is the new form of precarious employment.

“They don’t have any protection and don’t even get the basic protections and benefits provided by labor laws. Most of them only receive a commission on each delivery. Either we propose new legislation or the current legislation is amended to give these people the status of workers so that they can start benefiting from the basic conditions. Moreover, if they are recognized as employees, they can be protected from any abuse. 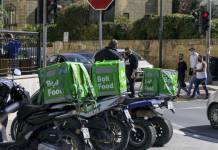 Highlighting the lack of long-term planning in Malta, the GWU said that “now more than ever” the country needs a vision and a strategic plan to deliver it over the next 10-15 years. .

“The main objective is to give an idea of ​​where the country is heading and how it will get there. This vision and strategic plan should instill a culture of long-term planning that is sorely lacking in our country,” the union warned.

Explaining that the vision should address all economic sectors of the economy, including health, education, transport, societal welfare, labor market and environment, the GWU proposed that it is developed by a governmental entity such as MIMCOL and approved by all the social partners of the MCESD.

Last year the government introduced a new tax rate on overtime earnings, at 15% on the first €10,000 for employees whose basic annual salary does not exceed €20,000.

However, the GWU is now proposing that the €10,000 cap be removed and the 15% rate be set on all overtime pay.

BE THE FIRST TO RECEIVE THE LATEST NEWS

Surprise stimulus check worth $2,000 for US households with specific income offered

MILLIONS of Americans could receive stimulus checks worth $2,000 if a Pennsylvania governor’s spending plan is approved. On Wednesday, Democratic Pennsylvania Governor Tom Wolf renewed his call for state lawmakers to approve his plan to use federal Covid-19 relief money for stimulus checks. 2 New spending plan could provide millions of Americans with $2,000 checksCredit: […]